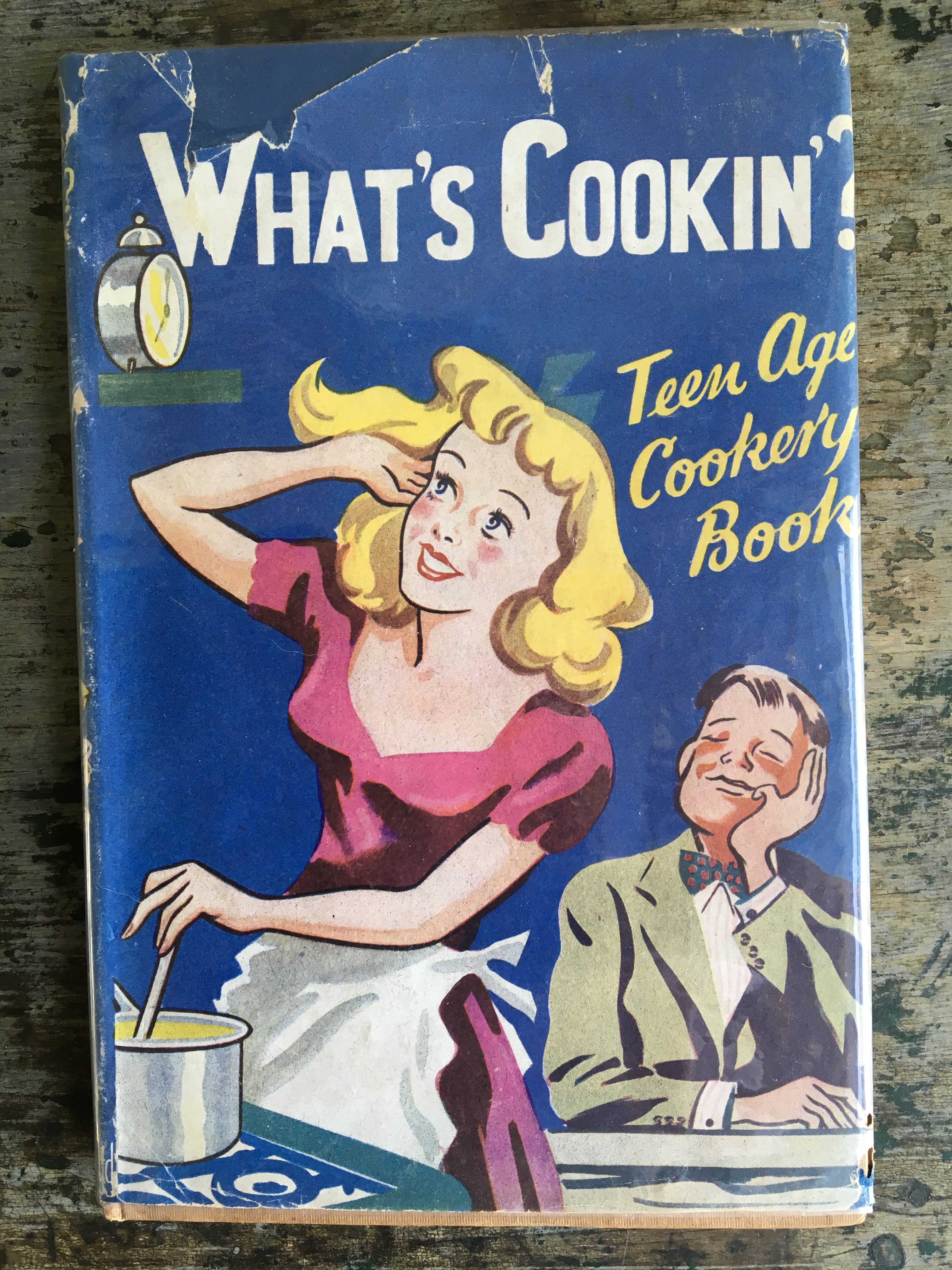 I just had to share this delightful book with you. Published a couple of years after the end of World War II, when rationing was still going strong, it is a publication aimed at the novice cook, giving today’s reader a fascinating insight into how people had to adapt to food shortages in creative ways.

The book focuses on some of the social occasions a teenage girl (yes, it is a book of its time and most definitely aimed at the female reader!) might wish to cater for. A picnic, friends to tea, a birthday party for a little sister, an evening buffet (“popular with young people!”) and even the filling of a tuck box for a brother away at boarding school, to name but a few.

There is advice on how to cut down on fuel bills, with an emphasis on one-pot cookery, steaming and the consumption of cold meals. Readers who live in the countryside are encouraged to forage for free nourishment in the form dandelions and nettles, blackberries, elderberries (dried and used in place of currants in cakes and puddings) and chestnuts.

The limited supply of sugar is noticeable. Substitutes such as dates are clearly in evidence, as they are readily available and most useful in performing the role of a sweetening agent in recipes. Carrots are used in a similar way as an alternative to fruit in cakes and tarts.

There is a chapter devoted to soya flour, being an easily obtainable ingredient and of strong nutritional value. Its use is demonstrated in multiple ways, in both sweet and savoury dishes.

Even post-war it is important that absolutely nothing should go to waste. Hence a chapter devoted to the use of stale bread.

Some ingredients that have been scarce throughout the war are beginning to make a come-back. It is clearly with joy that the author notes the reappearance of luxuries (that today we take for granted) such walnuts and pineapples. “Both are worth watching and waiting for…. if none available when first you read this book, make a mental note – and anticipate your ultimate delight!”

An absolutely fascinating and charming read! I felt it was only right that I should try out a recipe. I plumped for the Raspberry Mystery below.

I have to say, I’m not sure what the ‘mystery’ element is, but it tasted pretty good (although the gelatinous texture wouldn’t appeal to everyone). Intensely raspberry, rather more tart than the modern palate might be accustomed to, but then the entire thing only contained one tablespoon of added sugar. I was initially dubious about the mock cream (a mixture of cornflour and milk with a tiny amount of margarine and sugar); its appearance was somewhat mashed potatoey but actually its texture was inoffensive, it made a pleasing colour contrast with the pink of the raspberry and the addition of some almond essence prevented it from being completely bland.

I am not done with this book yet. There is a fantastic section on Picnic Fare which I shall definitely be trying soon. I just need to get my hands on some dried egg…